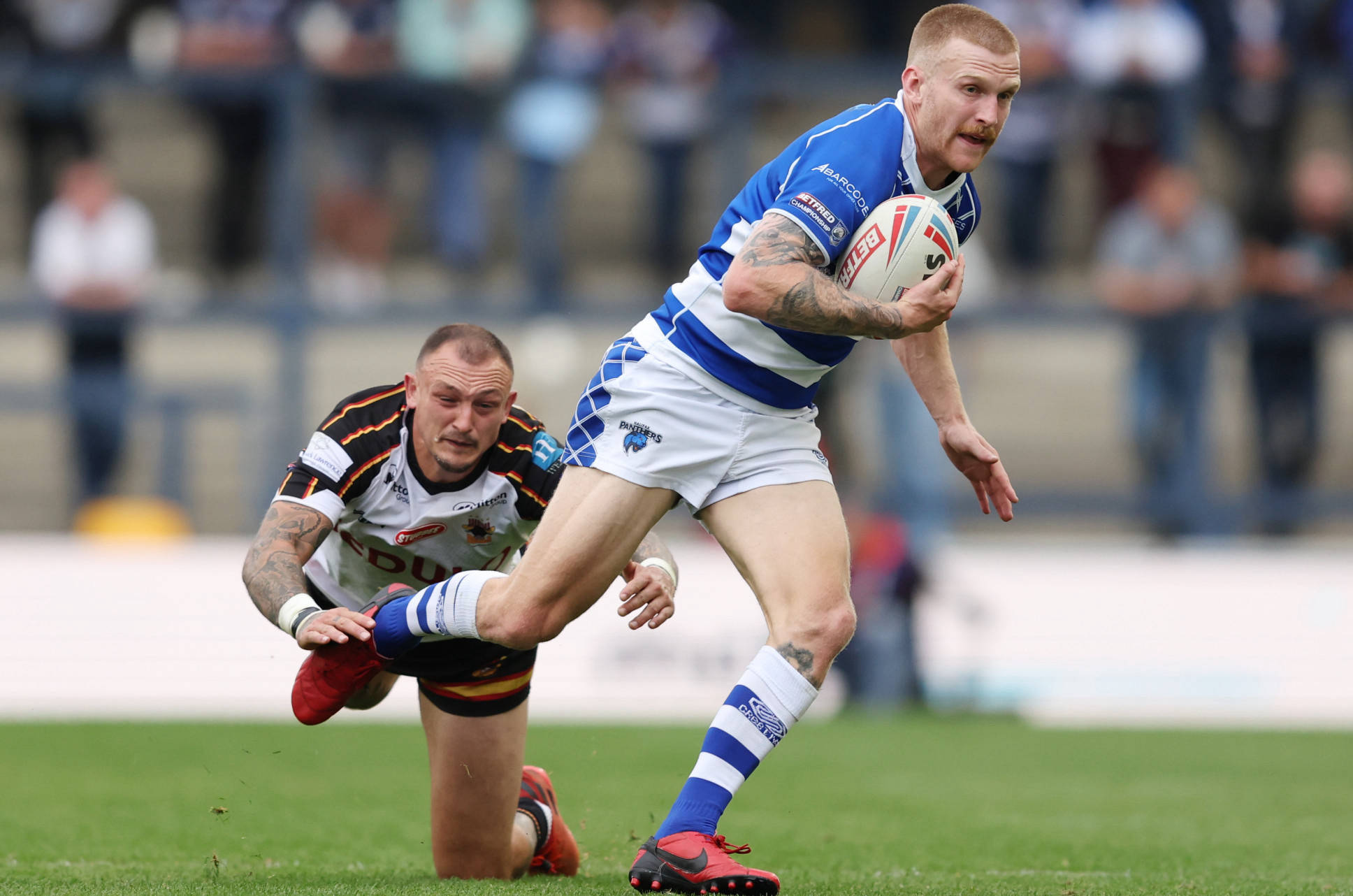 Halifax Panthers finished third in the 2022 Betfred Championship, qualifying for the end of season Play-Offs.

Simon Grix’s side produced a number of impressive displays throughout the year and managed to pick up 20 wins from their 27 regular season fixtures.

Scotland international Lachlan Walmsley starred for the Panthers throughout the course of the season, scoring an incredible 28 tries to finish as the league’s joint top scorer alongside Tee Ritson.

Their biggest scoreline of the 2022 season came in round 13 when they produced a ruthless 13-try display to defeat Dewsbury Rams 66-0.

Further impressive victories were registered against the likes of York Knights and Whitehaven, plus the Bradford Bulls at the 2022 Betfred Summer Bash, but their season would ultimately end in the Play-Offs as the Knights secured victory in the Play-Off Eliminator.

Grix will be hopeful of his side going one further this season after keeping most of the side’s key players from 2022, along with recruiting the likes of Will Maher from Hull KR and Tom Inman from York.

Halifax kicked off their 2023 preparations with a pre-season friendly at Wakefield Trinity. Fax fell to a 28-16 defeat, but their spirited performance will have encouraged boss Grix.

Italy international Jake Maizen could prove to be quite the coup for the Panthers after arriving from Queensland Cup side Sunshine Coast Falcons last month.

Capable of playing at centre or as a winger, the 26-year-old registered four tries from three appearances at the recent 2021 Rugby League World Cup, including a hat-trick in Italy’s win over Scotland, and it was his performances at the tournament that caught Halifax’s attention.

If Maizen links up well with the likes of Lachlan Walmsley and Joe Keyes, he could prove a very shrewd acquisition for the Panthers.

Halifax kick off their 2023 Betfred Championship campaign against Sheffield Eagles at The Shay on Sunday 5 February, with a 15:00 kick-off.