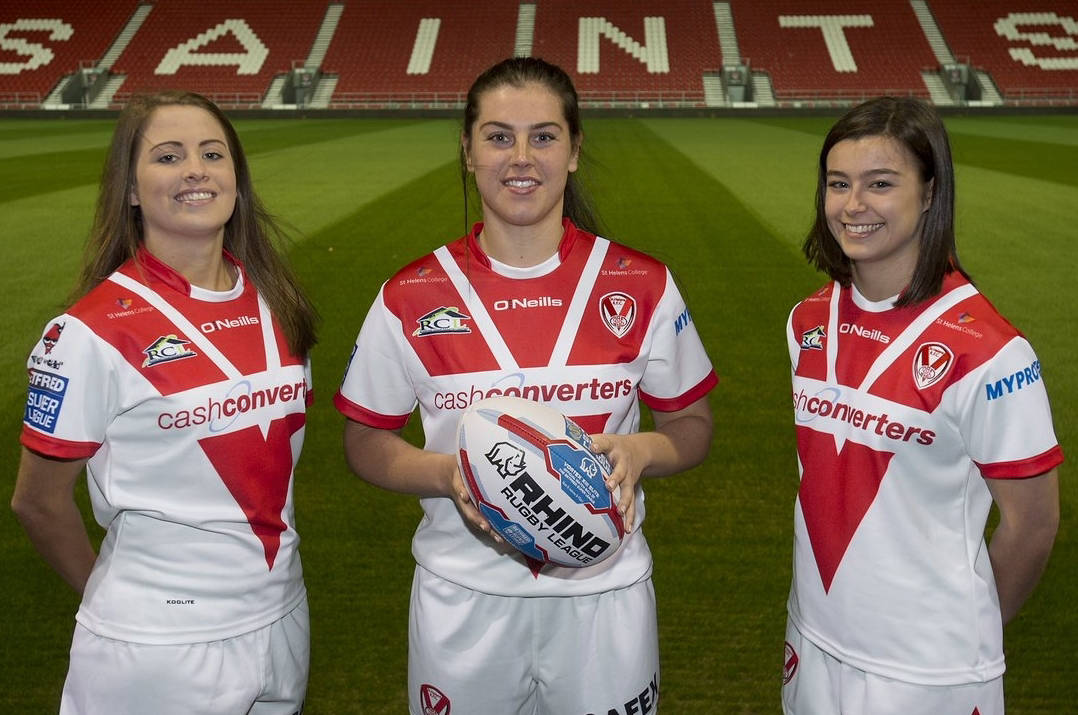 Saints and the Crusaders have come together to be part of the Women's Super League in 2018.

The partnership further enhances the strong links between the two clubs and will continue the already successful player pathway.

St.Helens will have a team in the Women's Super League whilst Thatto Heath will also play in the Merit League, with a crossover of players from both sides.

Craig Richards, Lead Community Coach at the Saints Community Foundation, said: "There is already a strong bond between the Saints and Thatto Heath's women's and girl's sections and this partnership is a direct result.

"The girl's pathway will continue to be supported by Community Saints coaches and those players will hopefully progress into the women's teams.

"Seven Thatto Heath-St Helens women were called up into the England squad for the World Cup and we hope there are many more to come through this partnership."

Thatto Heath were founding members of the Women's Super League in 2017, making it to the play-off semi-finals where they suffered a 21-20 golden-point extra-time defeat to Featherstone Rovers.

They also made it to the final four of the Challenge Cup this year, while winning every title available to them in 2016.

Thatto Heath Crusaders Chairman Mike Denning added: "We are delighted to support all initiatives which seeks to promote the Women and Girls game.

"We have worked hard to give the Women and Girls competitive games and believe the time is right to take further steps to get these talented players recognised in the rugby communities.

"I would like to thank Saints for their understanding of how the community game works for the Women and Girls and working with us to ensure all have a pathway to continue to enjoy their Rugby League at all levels."

Training will remain at Thatto Heath Crusaders' Close Street home, with some sessions for the Women and Girls taking place at the Cowley Training Centre.

The club will also use the Totally Wicked Stadium when fixtures allow.

"This is an exciting time for St Helens and Thatto Heath Crusaers," Richards added.

"If you want to get involved in sponsoring the team or the players, please contact the club for further information."