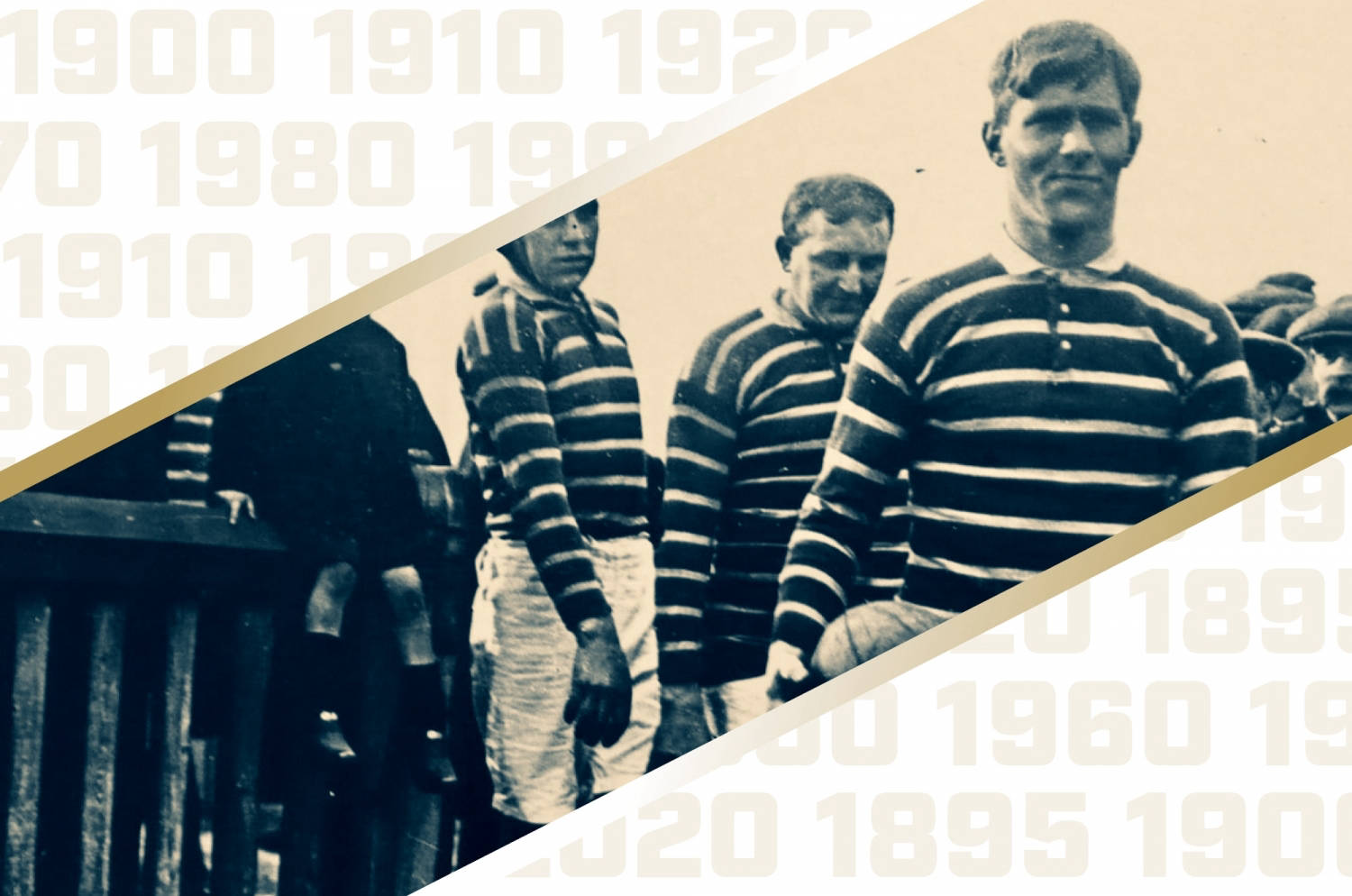 At one minute past midnight on 22 April 1955, Alexander James Murphy signed a contract to become a professional rugby league player with St Helens, his hometown club. It was his sixteenth birthday, the legal age at which a contract could be signed. He would quickly prove to be the best signing the club ever made. Explosive off the mark and able to pass and kick with precise accuracy and intelligence, he starred as an eighteen year old on the 1958 Lions’ tour, and never looked back. ‘Alexander the Great’ would not cease to be a star even after he hung up his boots, and went on to be a hugely successful coach.

But Murphy was possessed of something more than brilliant skills: a razor-sharp football brain. All players would be victims of the rules of the game, but with Murphy, the rules became the victim of the player. It was his incessant kicking to touch to give Saints the scrum head and feed in the 1966 Wembley win over Wigan that led to the touch-kicking rules being changed, and it was widely believed that the value of a drop goal was reduced from two points to one in 1972 because Murphy’s Leigh side was so successful using it.

Murphy had a mind that sought every possible advantage, not least in his ability to exploit the the tiniest ambiguity or loophole in the rules of the game: ‘rules aren’t meant to be broken. But it’s a challenge to any player worth his salt to try and get away with bending them a little’ he said.  Players and coaches like Murphy would be one of the decisive factors that would shape the development of the rules of rugby league for over a century.

Rugby’s great split was not only about money and class, it was also about making rugby as attractive as possible to play and watch. In 1892, Yorkshire’s James Miller praised rugby’s move to fifteen-a-side in the previous generation but argued that it was time to go further: ‘the game had now reached a period when another radical change must be considered, and that was the reduction of players from fifteen to thirteen.’ Well before the creation of the Northern Union in 1895, an alternative roadmap for the future of rugby was being laid out.

We want to do away with that scrummaging, pushing and thrusting game, which is not rugby, and that is why I propose to abolish the line-out and reduce the number of forwards to six. The rugby public does not pay to see a lot of scrummaging.

In December 1895 Halifax’s Joe Nicholl proposed to the NU that the game: ‘should be played by thirteen players on each side, and to consist of six forwards, two half backs, four three-quarters and one full back’. But many felt this was too radical and Nicholl lost the vote by eighteen to nine, and the NU continued to play a fifteen-a-side game.

The NU’s hesitation cost it dearly. At the end of the first season, there were worries about the lack of tries scored, so in 1897 the value of all goals was reduced to two points, one point less than three-point try, firmly emphasising try scoring. The line-out was also abolished in 1897 and replaced by a ‘punt-out’ from touch, but that proved to be even more chaotic than the line-out, so a scrum was formed when the ball was kicked into touch. In 1899 the NU got rid of the ruck and maul after a tackle by ruling that when a tackled player could not release the ball, a scrum had to be formed. Although this tidied up the tackle it hugely increased the number of scrums - in 1902 Hunslet’s match with Halifax had 110 scrums.

One solution was to reduce the number of forwards. In 1903, clubs voted fifty-four to twenty-four to make the game twelve-a-side, but the motion failed by just five votes to get the necessary three-quarters majority to go into the rule book. But twelve-a-side was popular and by 1905 it had been adopted by virtually every non-professional NU competition. The issue was debated again at the 1906 NU annual meeting. Whitehaven Recreation wanted twelve a side. Warrington and Leigh proposed thirteen a side and St Helens even suggested fourteen a side. Finally, thirteen-a-side was adopted by forty-three votes to eighteen.

To solve the problem of endless scrums, the meeting decided to introduce the play-the-ball. Now, instead of a scrum being formed, the tackled player was allowed to stand up, put the ball down and play it with the foot, usually to a team mate standing behind. This was a variation of the original rugby union rule, when a tackled player had to stand up and put the ball down to start the scrum.

The impact of thirteen-a-side teams and the play-the-ball was felt instantly. Over 800 points were scored in the first two weeks of the 1906-07 season, a runaway record, and the Athletic News boldly declared: The New Rules Completely Vindicated’.

Modern rugby league had been born.

This is an exclusive extract from Tony Collins’ new book ‘Rugby League: A People’s History’ which will be published on 29 August by Scratching shed Publications. You can order a copy here and follow the author on Twitter via @collinstony. 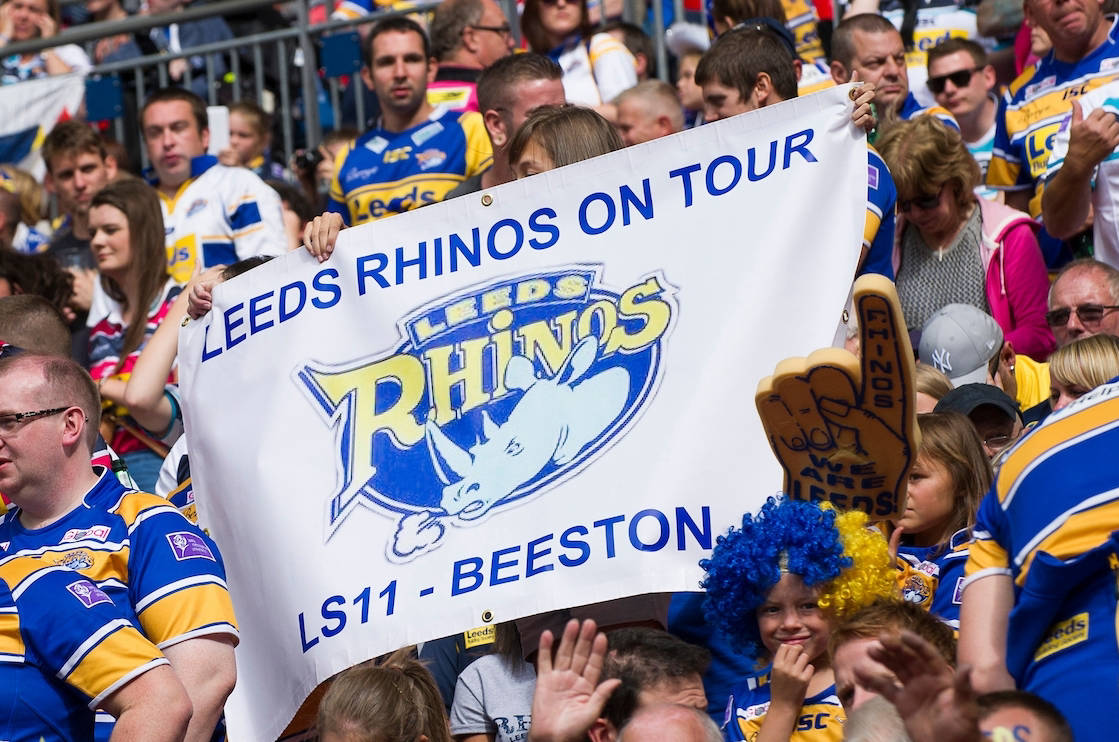 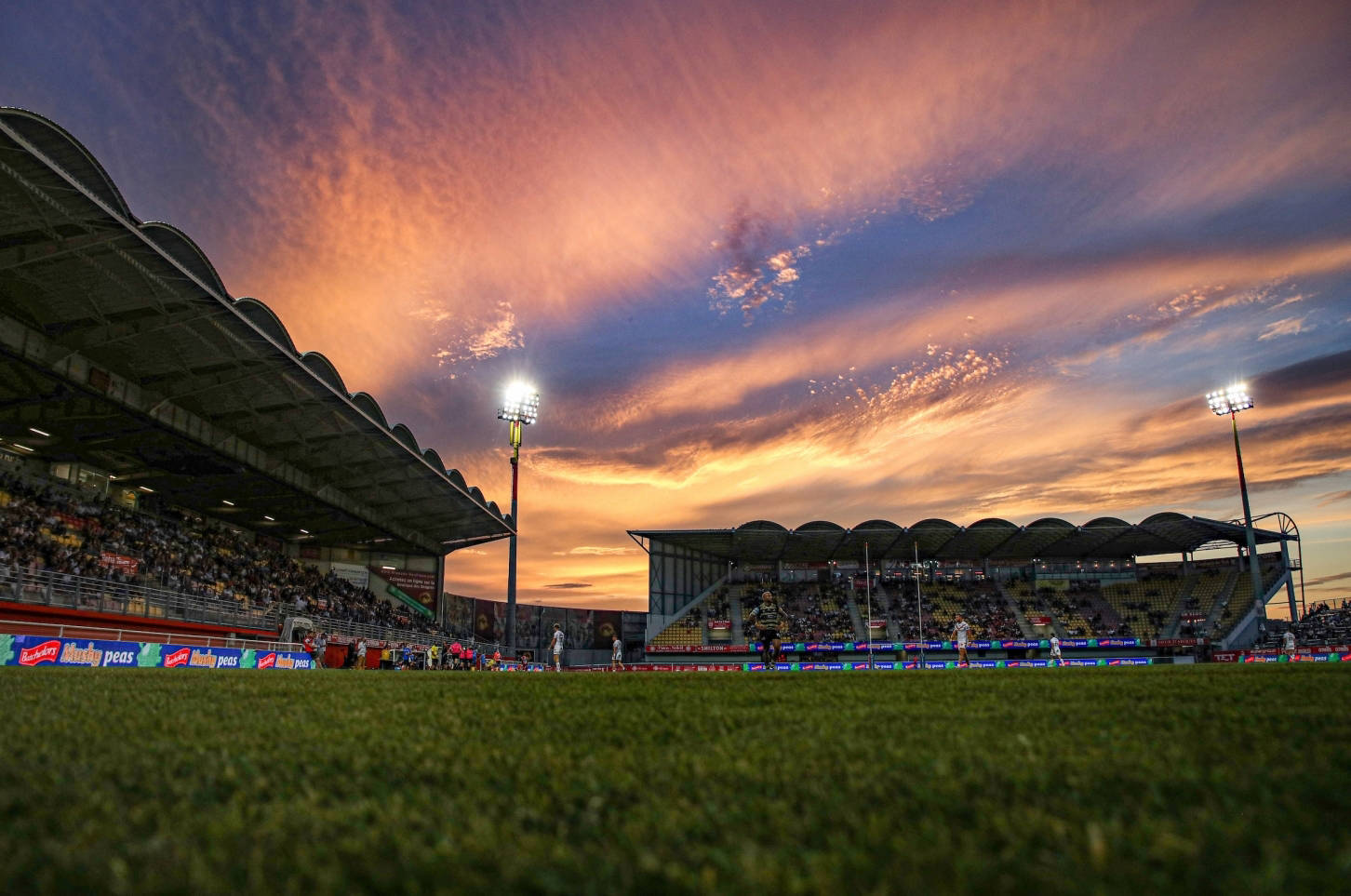 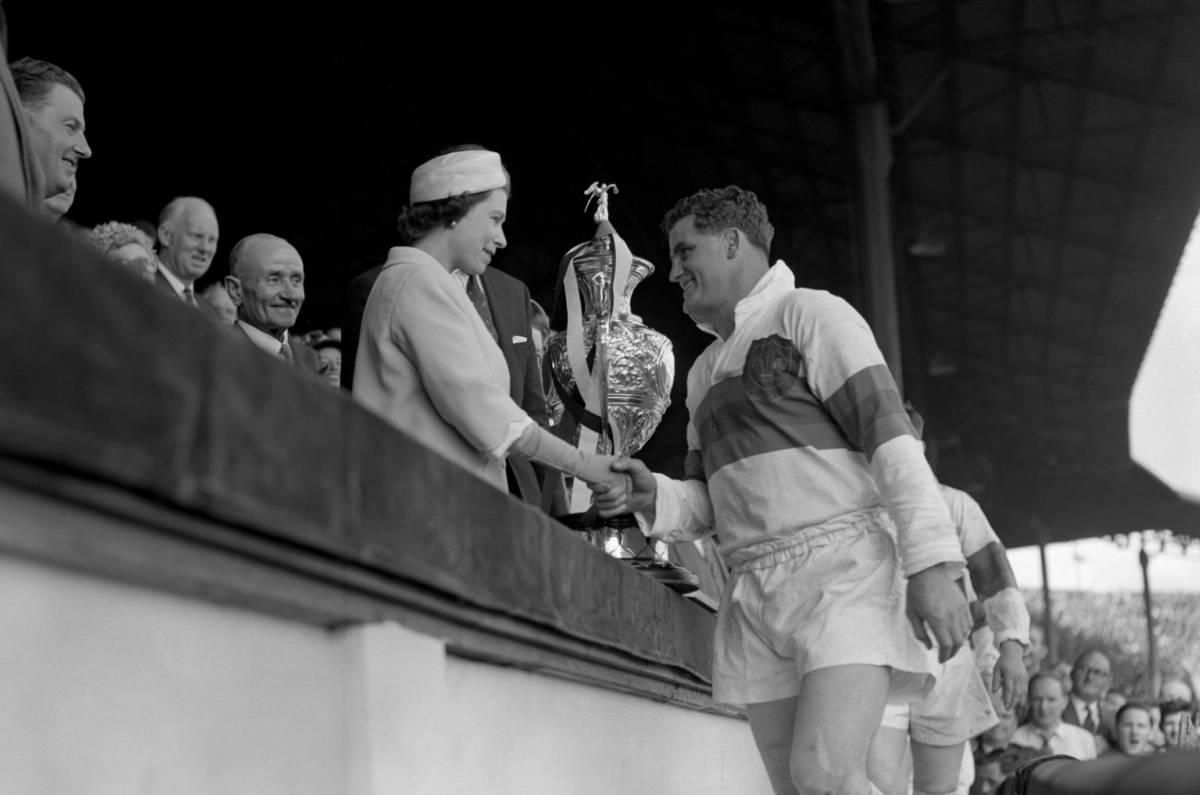 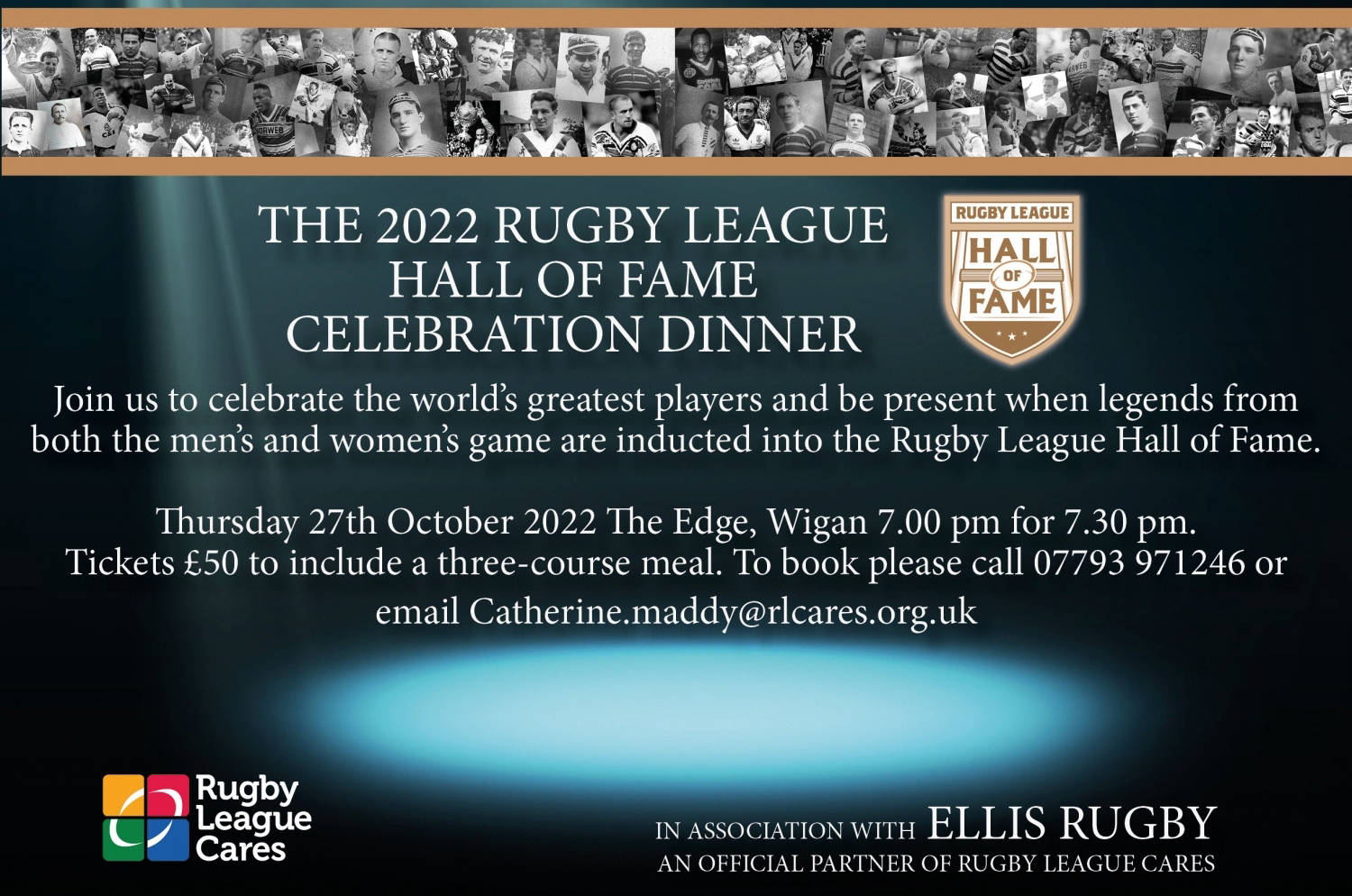